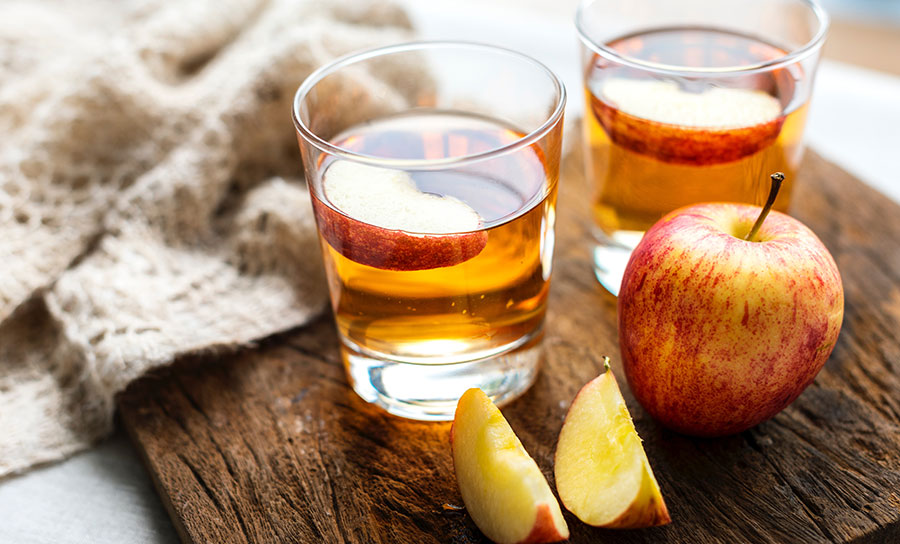 Autumn is here and that means apple season is upon us. When the weather turns crisp and cool, it’s time to start using those freshly picked #apples in your #SignatureHomes kitchen. Whether it’s pies, crisps, or spiced cider, it’s still an apple-a-day! #recipes #homemade

First things first…what’s the difference between #applecider and #applejuice? Fresh cider is raw apple juice that has not undergone a filtration process to remove coarse particles of pulp or sediment. Apple cider is more tart and balanced, which is perfect for baking. Apple juice is always filtered to remove the apple solids and then pasteurized so it stays fresh at a supermarket.

You can pick up a large jug of fresh apple cider locally or make your own Homemade Apple Cider in the slow cooker that is packed with flavor and delicious sweetness!

Apple Cider Pancakes: These sweet and fluffy pancakes are made with apple cider and topped with chopped apples into the flapjacks as they cook on the griddle to double down on the apple flavor.

Cinnamon Apple Baked Donuts. These mini donuts are not only adorable, but they’re bursting with all the season’s goodness and loaded with fall flavors that melts in your mouth.

Cider Slushies. Apple picking never looked so good until you whip up a batch of freshly made frozen apple cider slushies. A cinnamon mini donut is the ideal garnish. Cheers!

Pie-Spiced Apple Fritters: Fried, tossed in sugar and spice, and easier to make than apple pie? We’re sold on these fritters.

Apple Cider Cinnamon Rolls: These cinnamon rolls get double the deliciousness of apple cider in the dough and the icing. They’re like walking in an apple orchard!

Frosted Apple Cider Cookies: The cookies are a traditional drop cookie loaded with applesauce, cinnamon, and cloves. Finish these super soft cookies with a smear of apple cider frosting and a sprinkle of chopped pecans.

Apple Cider Floats. Topped with whipped cream, drizzled with caramel and garnished with apple slices and cinnamon stick, you’ll want to float away with these apple cider floats!

Apple-Cider Doughnut Cake: Baked in a Bundt pan, it’s essentially a giant cakey doughnut, made a little more wholesome with whole-wheat flour. This will add a touch of fall to any table this season.

Vanilla Bean Caramel Apple Cider Sparkling Cocktail: Up your #Signature holiday party game with this stylish drink that’s a cross between a mimosa and an apple martini.

Happy fall! Celebrate the season by hosting an apple cider party in your #Signature home and invite friends and family who appreciate a hot, fresh apple cider treat.

Tag us in your fall adventures! Be sure to share your #SigHomesStory so we can see how you are making your #SignatureHomes spaces more personal. Be sure to follow #SigHomes on Facebook, Instagram, Twitter, and Pinterest. Also, visit our Houzz page as we share news and updates about our exciting new home communities as well as helpful homeowner tips.