Fun, Food and Games for the Fourth 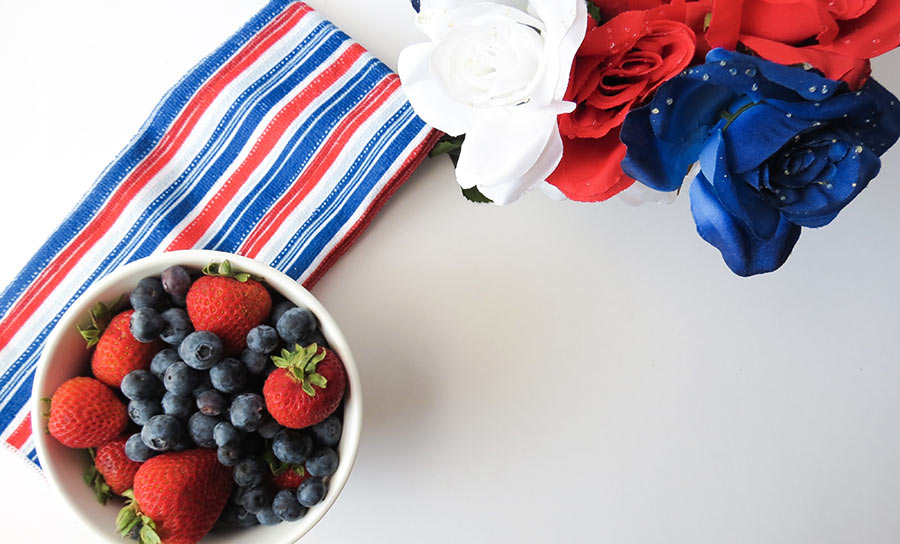 Whether you’re hosting a Fourth of July party at your new Signature home or attending a get together to celebrate Independence Day this year, you’ll need fun and games to keep the kids entertained until the fireworks kick off at sundown. Get ready to celebrate the country’s independence and rock your red, white and blue with these creative patriotic activities:

Watermelon eating contest. Cut several watermelons into fourths and lay them on a table. Hungry guests willing to attempt to devour their slice of melon with their hands behind their backs.

Flag pop. Blow up red, white and blue balloons and use thumb tacks to secure them to a piece of plywood arranging them to make an American flag. Have guests throw darts to pop the balloons.

Scavenger hunt. Set up and plan your very own Americana-packed scavenger hunt. Give guests clues to search for mini versions of a Liberty Bell, Declaration of Independence, soldiers, flags, and more!

“Uncle Sam Says” – you guessed it, just like Simon says except its Uncle Sam. You can also put a spin on the classic “Mother May I” by replacing ‘Mother’ with ‘Uncle’, just for fun.

Patriotic balloon pop. Put a “You Win!” note inside deflated red, white, and blue balloons, then blow them up and place them around the party area. Pop the balloons to find out if they win a prize.

Red, white, and blue shout out. Sit in a circle and name something red, the next person names something white, and the next something blue. If a player repeats an answer, they’re out of the game.

Create a Fourth of July Wand. It’s a simple, colorful craft that will provide the festive aesthetics of fireworks and sparklers, while being safe and non-intimidating for young children.

Carnival Games. Mimic an all-American fair by setting up balloon darts, ring tosses, or tin can toss games in your backyard. Or, try a spin on Pin the Tail on the Donkey, and pin stripes or stars onto a flag.

Fourth of July jar. Fill a large fishbowl or jar with red, white, and blue candies and challenge guests to guess how many candies are in the bowl. The winner gets to take home the whole container of goodies.

Red, white, and blue tag. Give each competitor one token of each color. When the whistle blows, the game starts! Be the first to gather one red, one white, and one blue token by tagging other players.

Water balloon dodge ball. Divide up the group into two teams and fill up some red, white, and blue water balloons. If you get hit, you’re out. The last one standing wins!

Sponge fireworks. Use strips of red, white, and blue sponges and tie them in the middle with a piece of string. These can act as reusable water balloons for water games and they look like fireworks.

We can’t forget about food on the 4th! We’ve gathered a few of our favorites to pair with your celebrations. Do your patriotic duty and serve-up some of these July 4th party recipes.

Wishing you and yours a wonderful Independence Day from the team at Signature Homes. As you enjoy your celebrations, we invite you to share your #SigHomesStory photos with our community. Tag us at: @SigHomes @SigHomesSales @SigHomes